Daylight Savings Time is coming up on November 3 this year and, for many of us, changing the clocks may be the extent of our thoughts around the event (well, besides the extra hour of sleep we get).  What you may not know is that DST is relatively recent and holds its fair share of controversy.

HERE’S A LITTLE BACKGROUND ON THIS BI-ANNUAL EVENT

This isn’t an exhaustive list of all the events that brought about daylight savings time, but it will give you a good idea of how it came about!

1895: George Hudson, an entomologist, first proposed the concept of modern DST.  He suggested a 2-hour shift (not altruistically, he wanted more time to study insects in the afternoon!).

1902: William Willett proposed DST to the British Parliament as a way to prevent wasting daylight hours.  Despite gaining support from the likes of Winston Churchill, his efforts were in vain (at least at the time).

1916: As a way to save energy during WW1, the Germans were the first to implement DST.  Other countries involved in the conflict later adopted the same measures.

1918: The US Congress enacted the first law outlining DST (at which time, they also established the US time zones).

2005: President George W Bush extended the DST period, changing it to the second Sunday in April and the first Sunday in November

Did you know that not all U.S. states (or territories for that matter) follow DST?  Hawaii, Arizona (except the Navajo nation), Puerto Rico, US Virgin Islands, American Samoa, and Guam do not observe DST.  Additionally, seven states (Alabama, Arkansas, Florida, Nevada, Oregon, Tennessee, and Washington) have petitioned Congress to make DST permanent!

That one-hour shift may seem like nothing, or it may have a big effect on you.  Regardless, here are some useful ways that you can manage the “fall back”!

While our internet-connected devices (computers, phones, tablets) will automatically change, there are a number of clocks that won’t (vehicle, microwave, fridge, household clocks).  Avoid the confusion and annoyance by changing those ahead of time.  When you go to bed that evening, everything should be set to reflect the upcoming time change!

Did you know that 90%  of the US population uses electronics within 1 hour of bed? We may not even think about it, after all, picking up the phone to check social media, email or messages has become part of our normal routine!  However, even low levels of light can delay sleep, reduce melatonin synthesis, and impair alertness the next day.  It may be helpful to set your mobile devices to “do not disturb” mode after a certain time.  This will stop any notifications from coming through and help you to avoid using them before bed.

If a 1-hour shift seems daunting to you, try breaking it up into smaller, incremental shifts.  You can shift your evening routine by 15’ each day leading up to DST.  Instead of having one day with a big, one-hour change, you will have a few days with small changes.  You will notice it less and it won’t feel so drastic to you!

Exercising regularly can help you to regulate sleep and feel better during the day!  It doesn’t have to be a lot, but moving is important.  If you live in an area where commuting on foot or bike is possible, that is a quick and easy way to start the day on the right foot!  If that is difficult (because of distances or the weather), try 15 minutes of bodyweight exercises at home 2-3 times per week!  You will start to feel better in no time!

While it may be very tempting to sleep in on the weekends, that can really throw off your schedule (and make Monday more difficult than it needs to be)!  If you wake up at a certain time for work each day, try to stay as close to that time as possible on the weekends (those of you with young children may not have much of a choice!).

GET BRIGHT LIGHT IN THE MORNINGS

This may be a bit difficult if you wake up before the sun rises (and may even be in the office while it’s still dark).  If this is you, a HappyLight® Therapy Lamp is a great option to get that bright light in the morning. It helps to reset your body clock and puts you on the right path to a better day.

Whether you are dreading this change, or it is something that barely registers on your radar, or you are somewhere in between – you can get through it!  Be positive, try some of the management techniques to make it easier, and don’t let daylight savings time bring you down!

Job ad scams are on the rise. According to the FBI, more than 16,000 Americans reported employment scams in 2020. Some are easy to spot. Others are quite sophisticated.

Fake employment postings often promise thousands of dollars in earnings for little or no work. In some cases, it is a re-shipping scam: The individual targeted is tasked with receiving packages at home and forwarding them. In other cases, the scam involves paying a fee or sending something of monetary value. The many people currently unemployed or working from home have become a big target for these kinds of ruses.

“Be very wary of work-from-home online job ads/postings,” said Brian Gant, assistant professor of cybersecurity at Maryville University in St. Louis. Gant has almost two decades of experience working in the private and public sectors, including for the FBI and the Secret Service. “If it sounds too good to be true, it most likely is.”

Unfortunately, even bona fide jobs sites are being abused by cybercriminals. 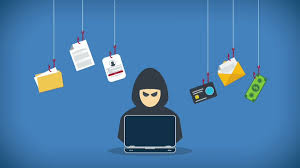 “Fake job ads are popping up on websites like Indeed that are convincing [and] well-written, and some [criminals] go as far as performing interviews with unsuspecting candidates,” said Chris Ray, an analyst at IT research and analysis firm GigaOm in San Francisco. “The goal is usually to purloin confidential data such as Social Security numbers and bank details.”

The people creating these fake job ads generally bait individuals with unrealistically high salaries and promises of large chunks of equity. On occasion, targets of scams are even told that they are hired after just a few minutes on a call.

“Hiring organizations should occasionally Google their name in combination with popular hiring terms to attempt to identify and take down fraudulent job ads on popular hiring sites like ZipRecruiter, Indeed and Glassdoor,” Ray said.

LinkedIn’s popularity as a recruiting tool has put it in cybercriminals’ crosshairs.

“An e-mail with a job offering can be the perfect way to lure someone into downloading malicious files, such as one masquerading as a job description, or spoofed LinkedIn messages,” said Karen Krivaa, chief marketing officer of Perception Point, a cybersecurity firm in Tel Aviv, Israel.

A common example is a LinkedIn connection e-mail bearing a message about a potential job or stating that the individual targeted appeared in specific searches. When the individual clicks Accept Invitation or See All Searches, he or she is routed to an illegitimate LinkedIn website that immediately asks for login credentials.

Here are two ways organizations and job seekers can protect themselves from sophisticated online job scams:

The trickery doesn’t necessarily require money to change hands or goods to be forwarded. In some cases, the fake job posts are simply phishing and social engineering ploys. All they want you to do is engage someone via chat boxes and e-mails and be lured into clicking on malicious links or attachments.

“Ninety-eight percent of cyberattacks rely on social engineering, which is the manipulation of people into performing actions such as clicking on a file or divulging confidential information,” Krivaa said.

But there are always subtle hints or glaring errors indicating it is a scam. Compare the sender URL, display name and actual e-mail address used. Common tricks are to have a plausible display name disguising a strange e-mail address or outdated domain name. URLs also may appear valid, yet a closer inspection shows an added character or slight alteration in the organization’s name (e.g., company.com could be changed to company-jobs.com).

Grammatical errors or typos in the e-mail or overly formal or clumsy English can also be clues. Calls-to-action for a limited time are sometimes used to inject urgency as part of a cyberswindle.

Krivaa said further warning signs include broken links on the fake website, out-of-date website certificates or a brand-new certificate issue date. The FBI and the Federal Trade Commission, too, offer plenty of pointers and tips in recent alerts and posts on this topic.

Cybersecurity and artificial intelligence tools are available to help organizations find and eradicate fake job posts and e-mails. For example, e-mail security and protection solutions from companies such as Perception Point scan messages, URLs and files to identify malicious content and intercept dangerous e-mails before they reach users’ inboxes.

They achieve this via:

“The ability to easily check any suspicious e-mail or file improves the security posture of the organization,” Krivaa said. “It is also wise to leverage an incident response service to monitor, analyze and report on e-mail security incidents; provide rapid alerts and analysis of malicious attempts; and optimize the security system’s engines.”

Looking for REAL jobs?  Check out Allied’s open positions and connect to a *live* recruiter!  Find out why we have been Lehigh Valley’s leading staffing agency for over 37 years!