Whether they realize it or not, leaders have a disproportionate impact on others. It’s not just what they do, but also what they say, that influences how people feel, think, and act. 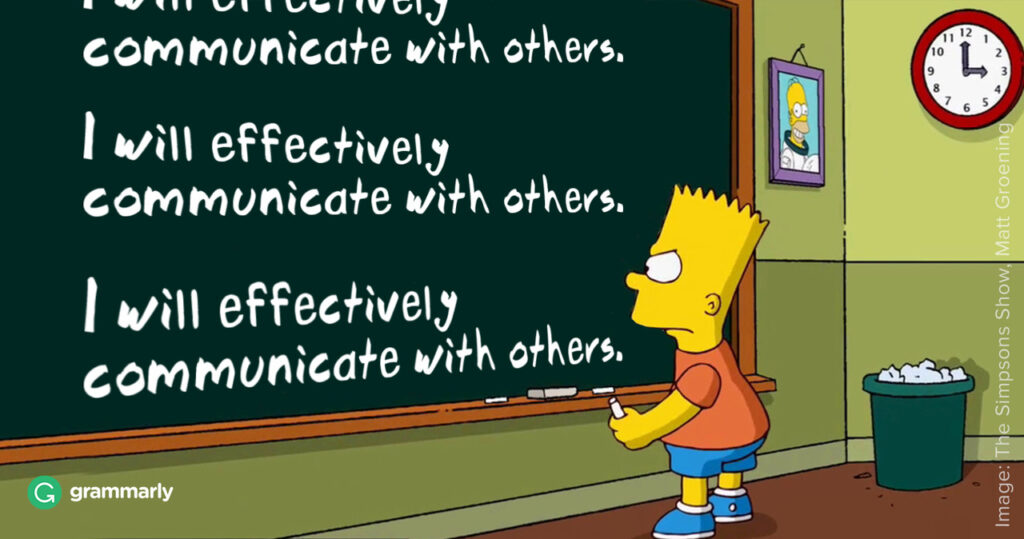 Unsurprisingly, a range of recent scientific studies show that CEOs’ language (e.g., more positive words, more realistic claims, more trustworthy remarks) predicts the future stock price of their companies, as well as the success of their business strategy. Likewise, AI-mining of a leader’s words, which can be translated into a valid profile of their personality, predicts their ESG policies.

Importantly, it is not just machines, but also humans who are sensitive to leaders’ language; so, if you are a leader, paying attention to what you say and how you say it is critical to effectively influencing others, not to mention closing the gap between what you say and what you do.

In particular, understanding potential mismatches between your desired intention and others’ actual interpretation of your language is crucial.

Consider a few common leadership phrases that may cause unintended problems, especially when we judge their potential effects on followers.

On the one hand, this is a statement of impeccable logic. On the other hand, it’s a sure way to kill any debate or discussion. In fact, this line is a call to inaction. It’s a self-defeating acceptance that nothing can be done to improve on a poor state of affairs—to be used if you are interested in instilling a sense of helplessness in your team, smashing the doors of hope in their face.

Problems come in different sizes, and there’s no question that one person’s problems may be another person’s dreams. For example, microaggressions are preferable to overt violence and discrimination, and a slow Wi-Fi connection is surely better than lacking water, electricity, or heat.

However, people don’t measure their happiness relative to other people’s suffering, and the fact that second or third world problems may have been extinguished in certain places is testimony to people’s hard work, and their dissatisfaction with their status quo. For example, if you think that gender inequality or racial injustice is a trivial matter today, relative to what it was 50 or a hundred years ago, then you are clearly not contributing to making things better.

Things don’t improve by osmosis, but through nonconformity, defiance of the status quo, and a relentless desire to make things better. The things you enjoy today are the result of actions that were triggered by a strong opposition to yesterday’s norms. Hard work is required to create tomorrow’s first world problems, and ensure that they are an actual upgrade.

“JUST LOOK ON THE BRIGHT SIDE”

At the end of one of his plays, Oscar Wilde wrote, “We are all in the gutter, but some of us look at the stars,” which is a rather appropriate illustration of optimism. Yet, while we tend to assume optimism is a strength, there is also a downside to positivity.

People generally suffer from an optimism bias, which should make realistic, skeptical, and brutally honest leaders an asset. The ability to provide your team and organization—even your nation—with a reality check can trigger the necessary changes in their behavior to drive progress. If you don’t understand what’s wrong, your chances of getting better are limited.

Looking on the bright side is okay, as long as you also contemplate the dark side. A realistic assessment of risks and rewards should be the norm in all leaders, but leaders are often rewarded for telling people what they want to hear, rather than what they need to hear. Imagine you have a doctor that only tells you the good things about your health. That’s surely more rewarding than someone who tells you the truth—good and/or bad. But what’s better for you in the long term?

“THERE’S NOTHING TO WORRY ABOUT”

This is an appealing notion, but rarely true. As a matter of fact, there is always something to worry about. Of course, nobody wants to be paralyzed by worries, and there’s usually no reason to turn your concerns into clinical anxiety or pathological fear.

However, part of being a responsible human is to have the emotional and intellectual maturity to process events as what they are: opportunities that tend to come with certain risks. There is always an upside and a downside. If your approach to interpreting reality is to distort it in your favor—as if a positive outlook would somehow translate into magical events—you better never wake up from your dreams.

Many of these phrases are attempts to give people what they want, or tell people what they want to hear. However, the essence of leadership is not to please others. It’s not a popularity or likability contest. Leadership is the ability to coordinate human activity, to enable people to collaborate effectively, and to turn a group of people into a high-performing team.

This requires a certain maturity in your followers and employees, but part of your job is to create it. You do this by building an honest relationship with people, and convincing them that your expertise, experience, and judgment can help them make better decisions. Populist shortcuts designed to boost leaders’ popularity or power in the short term tend to harm the team’s performance in the long term.